So much plastic is discarded around the world that 8.8 million tons end up in the ocean every year, according to a recent analysis of waste disposal in 192 coastal nations, the most comprehensive study of its kind. China contributes the most, an estimated 2.4 million tons a year, followed by Indonesia at nearly 900,000 tons.

The United States ranks 20th, contributing some 80,000 tons. If trends continue, the researchers predict, the toll worldwide will double by 2025, to about 100 million pounds per day. The plastic swirls in giant gyres in the open oceans, collecting in “garbage patches” (though concentrations are too low to resemble piles of trash). Most of the plastic is degraded into small particles, eaten by sea creatures or submerged. In remote waters off Kamchatka, researchers scanning the floor three miles below the surface found as many as 185 tiny plastic litter pieces per square foot.

The disaster is largely invisible but for one place—shorelines. For Hong Kong Soup: 1826 (the number refers to the metric tons of plastic added to the city’s landfills each day), Britain-based artist Mandy Barker photographed plastic from Hong Kong beaches and layered her images for a phantasmagorical, deep-space eeriness. “I wanted to create the feeling of no boundaries,” she says, “because plastic just goes on and on.” 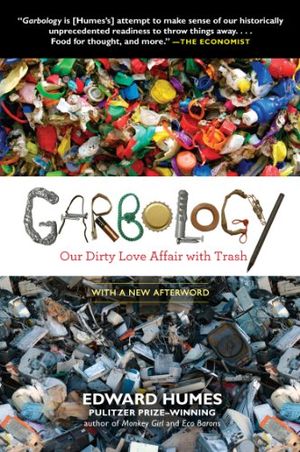 Elizabeth Royte is a science journalist who has written for Harper's, National Geographic, Outside and the New York Times Magazine, among other national publications. She is the author of Garbage Land: On the Secret Trail of Trash and Bottlemania: Big Business, Local Springs, and the Battle over America's Drinking Water.