The battle of Gallipoli, which began 100 years ago, epitomized the senseless carnage of World War I. British commanders conceived the campaign as a lightning strike against the Ottoman Empire, but the fighting dragged on for nine months and left 433,000 soldiers dead or wounded, including more than 28,000 Australian troops among the Allied forces.

The 1981 film Gallipoli, directed by Peter Weir, an Australian, depicts the tragedy of Australians heading into slaughter. Now a new Aussie film by Russell Crowe, The Water Diviner, radically shifts the perspective. Early in the movie, Ottoman troops clamber out of trenches to attack an Allied position, only to discover that the enemy has withdrawn overnight. As they watch battleships sail away in defeat, the Turks erupt in jubilation.

The film won the 2015 AACTA Award for best film (Australia’s Oscar), but at a time of renewed violence stemming in part from perceived Western interference in Muslim lands, the depiction of a Muslim army celebrating the retreat of Western forces has unsettled certain viewers. Some Australian veterans’ groups and historians have also accused Crowe of going too far—he has characterized the Gallipoli campaign as an unprovoked invasion of a “sovereign nation.”

He shrugs off the criticism. “Growing up in Australia, you tend to see the battle from only one point of view,” Crowe says. “I wanted to have the audience realize from the first take, ‘Oh, this is not my grandfather’s Gallipoli.’”

The Water Diviner tells the story of an Australian farmer, Joshua Connor, played by Crowe, who loses his sons at Gallipoli and travels there four years later to find their bodies. The film story was inspired by a letter from an official at the Imperial War Graves Commission, who mentions that “one old chap managed to get here from Australia, looking for his son’s grave.” Australians view the battle of Gallipoli as their first great test on the world stage, and commemorate April 25, the date it began, as a day of remembrance. Like many Aussies, Crowe attends a dawn service to remember the sacrifice of the troops. If he can’t find one, he says, “I’ll create one of my own.” But in making the movie he became aware of Turkish suffering. “I wasn’t quite ready for the depth of the emotional connection,” he says.

During a visit to a high school in Istanbul, officials told Crowe that the entire senior class had been sent to Gallipoli, and that “all but one of them perished.” A door at the school was painted black to honor their sacrifice. It has remained that way ever since. “I started to feel how very important it was to see things from both sides,” Crowe says. 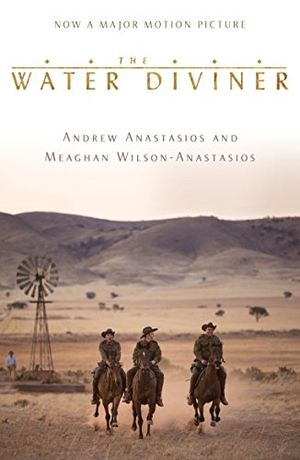